2019 has been a whirlwind year on the field for lock Naitoa Ah Kuoi, he represented New Zealand in the Under 20s, won the Hardham Cup with Marist St Pats, and made his Mitre 10 Cup debut for Wellington. This week, at age 20, he was the youngest player named in Warren Gatland's Chiefs Super Rugby squad. 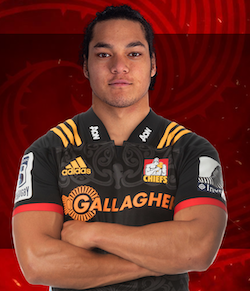 With a number of options on the table, Naitoa confirmed his commitment to the Chiefs a few weeks ago after deciding they were a great fit for him personally and for his career development.

'I haven't had any contact with Warren Gatland yet but I've been told that he is a very tough coach which I think will definitely benefit my game. I have been coached by a few tough coaches in the past and I feel they bring out the best in me.'

His maiden professional season with Wellington in the Mitre10 Cup has developed Naitoa's appreciation for what it takes to be successful at the next level.

'I've learned about what it means to be a pro off the field and having that balance of switching off rugby mode and switching to rugby mode when the time is right. Making sure I'm in a good headspace when I come in to work to get the most learnings out of the day.'

Being aware of that need for balance will have added importance in 2020 as Naitoa and his partner Kayla are also expecting twins in the New Year!

Naitoa has been a fixture at Marist St Pats for most of his life, starting in Under 6s and being named the Junior Club's Player of the Year in 2012 before heading to high school and playing 1st XV for Wellington College. He returned to the senior club in 2018 where he made an immediate impact both for the Premiers and in his stints with the Premier Reserves and Colts.

The Marist St Pats family extends its best wishes to Naitoa and Kayla as they make the move north for Super Rugby. The Evans Bay faithful will no doubt have an eye on the Chiefs as well as the Hurricanes next season. 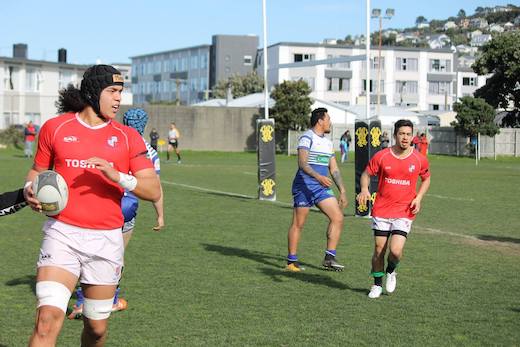