The mighty Internationals, stalwarts of the Reserve grade, will contest the Alan Seerup Cup on Saturday taking on the OBU 'Pink Ginners' at Te Whaea at 2.30pm. We got the low-down on the season and what to expect in tomorrow's match.

How the season has gone thus far?

There are some seasons which you would dub a "unicorn season". Those are the ones which you will tell your kids about - or the random stranger in the pub when you are 80. This one is gearing up to be one of those. A solid group of lads and the results to go with it.

Who the standout players are this year and who to watch out for the final?

The one to watch is the lad on the field with a red jersey, a couple of flags on his arms and some interestingly placed sponsor logos. We got here through a team effort.

Within that there are a couple of diamonds in the ruby pile. Mike Bridges, our captain has led from the front all season with a number of man of the match performances no doubt he'll bring the same heat this week. There are a number of new recruits who have brought sparks of of youthful zeal that have reignited the smouldering embers of the veterans. Youth and youth adjacent alike should bring a thrilling game this weekend.

What should we expect for the final and what might supporters want to know about your opposition?

A fiercely fought, well executed game. We will be leaving nothing on the field - no couldas, oughtas or shouldas. We've faced the Pink Ginners twice this season and come off second best - won't happen a third time. They are a solid foe and if you look closely you might see a couple of players who play a distinctly MSP style. 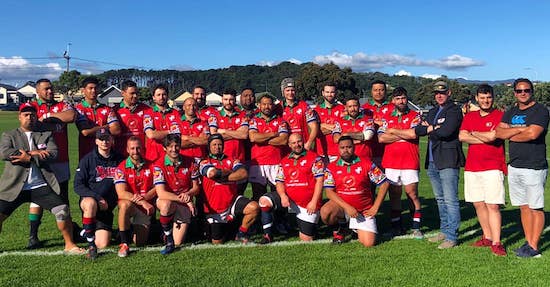