The first 'Pope' and birth of the Vatican Army

One of the colourful pieces of Marist St Pats' history is the election of the 'Pope' to lead the Marist St Pats 'Vatican Army' to support the Premiers when contesting the Jubilee Cup Final. Key instigator Henry Fidow shares some of the history around this prestigious appointment.

The inaugural appointment of the Pope came in 1995 when Henry, along with John Sullivan, decided to host a champagne breakfast for the player's wives, partners, parents and loyal supporters at the Fidow residence in Kilbirnie.

Henry and John decided they would dress up; while at the costume store they decided to grab a Pope's outfit. It was decided that Phil Robinson (son of former club President Terry and brother of later Premier captain, Ged) would wear the costume and thus became the 'first Pope' - little did he know he would be starting a legacy.

A crowd of about 60 people joined the breakfast and there weren't enough vehicles to transport everyone to the clubrooms. A group of 30-strong decided they would march to the clubrooms with club flags and regalia - and thus the Vatican Army was born.

Later that day Marist St Pats beat Petone by 20-18 to secure the Swindale Shield/Jubilee Cup double and the rest is history. For every Jubilee Cup Final since, the previous Pope's would convene at the clubrooms following the semi-final victory to deliberate and select the Pope to lead the Vatican Army for the following week. 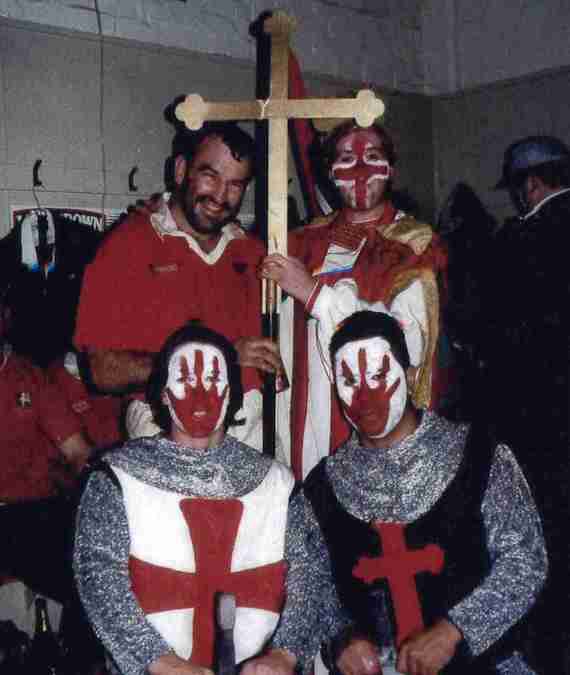 The 'College of Popes'

Chairman Rob Evans recently shared an update on the state of affairs as we all cope with the uncertainty created by Covid-19.

We appreciate you will all have your own personal and business challenges at this time, but we hope that remaining a financial member of MSP during these tough times will be a rewarding experience in the better times when the surely they will return.