In our 50th year, Marist St Pats is excited to add another string to our bow with the formation of a women's netball team.

Consisting of members of the wider Marist St Pats community - sisters, partners, cousins and friends of Club members and players - the team, "MSP 1" have been playing in the Netball Wellington Centre Senior 1 competition on Saturday's at ASB Sports Centre.

The team was the brainchild of Regina Setefano-Petelo and Pise Peni, who after spending time on the MSP rugby sidelines and at the Clubrooms were keen to find a way to get friends and family of players more involved in MSP life.

After initially being pushed back due to COVID-19, the season got under way on Saturday 27 June with the team taking the win against SN WAGs 37-21. Weekly Wednesday night training had our netballers ready for their second game against Ories 2, but a malfunctioning basketball hoop postponed the game until Thursday 9 July.

The team were excited to take a convincing 49-20 victory over Ories in front of the wider Premier and Premier Reserve squad who, in true Red Machine spirit, finished Thursday night training early in order to make the short trip over to ASB and support the netball team.

The streak continued with a 32-29 win over Wgtn East 9, before a bye last week in preparation to take on Vic Uni 8 on Old Timers Day (Saturday 25 July) - with the team hoping to retain their top of the table placing. Following this, two further games remain in the season before moving into finals rounds.

The netball team has been humbled by the support of the wider Club community, with many well wishes and words of encouragement being received, along with the generous sponsorship of Advance Electrical.

Looking ahead to 2021, we are excited at the prospect of having more than one team entered into various grades and competitions. Keep your eyes peeled for further info later in the year, or reach out to msprugby@xtra.co.nz to register your interest for 2021. 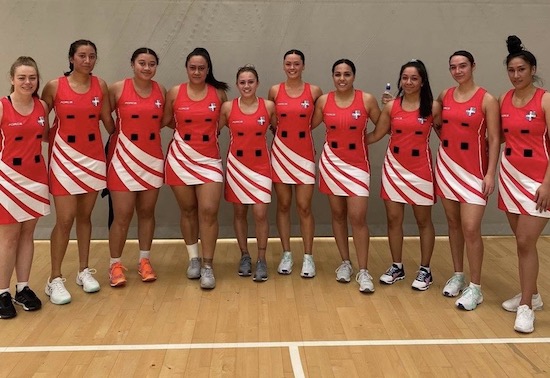