The long summer draws to a close

If it felt like a long time between Premier rugby, it's probably because it will have been 252 days since the 2018 Jubilee Cup campaign came to an end by the time they take the field this Saturday. A last round bye and a disappointing sixth place finish means its been eight months since our Premiers last played.

In those eight months there have been many changes to the set up including new coaches and many new faces in the playing ranks, many of whom have been training three days a week since 1 November.

Incoming Premier Head Coach Si Culley is pleased with what he's seen since taking the helm late last year. 'We have worked hard to build up not just our conditioning and core skills over preseason but also develop a strong, positive culture and sense of togetherness. I've been very pleased with the buy in, determination and effort the boys have put in and It means we are in a good place coming into week one.' 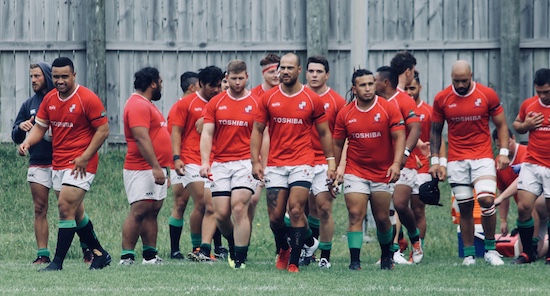 There's no time to ease into the season with a big match up in week one against Poneke for the Horan-Millar Trophy. 'It's fantastic to honour two such outstanding men who have contributed so much to the game. It adds a great sense of occasion with a local derby on opening weekend.'

The coveted trophy resided in Hataitai over the summer following a 42-28 win to Marist St Pats in round 11 of last year's Swindale Shield.

In terms of personnel for the season, there have been a number of new players join the club but also a number on the injury list to start the season. This combination makes for healthy competition, something Si sees as opportunity.

'I think there is an opportunity for any number of players to make a name for themselves this season. We not only have some new boys looking to make their mark but some older heads working hard to set an example.'

The Premiers open their season against Poneke at Evans Bay Park on Saturday at 2.45pm, with the Premier Reserves opening the season with a 1pm kick off. When asked what the Evans Bay faithful can expect, the affable Englishman says 'a physical and exciting game of footy with plenty of commitment and 22 boys proud to be pulling on the red jersey.'