Marist St Pats will send a contingent of 75 players to this year's edition of the annual Marist preseason tournament, the Spillane Cup. Marist rugby clubs from around the North Island will descend on Sanders Park in New Plymouth as Tukapa host the 2019 event.

The tournament is both an opportunity for coaches to see their teams in competitive matches and a chance for team building as the squad hits the road. 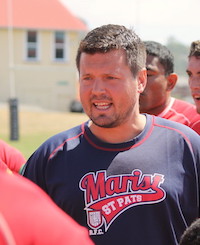 It will be incoming Premier Head Coach Si Culley's second look at his players in action following their preseason match against Avalon last weekend.

'It was a solid start to the preseason programme of games and great to get that first live hit out. A lot of boys got rugby under their belt, including several who are new to the club. The physicality and fitness of the boys in general was really pleasing and that's testament to the efforts they have put in during preseason. Its important to get game time in live situations like this to start to forge the partnerships and understanding between players that will be key later in the season.'

The Spillane Tournament is a chance for the team to step it up a notch with the first silverware of the season on the line. It's about growth of both the positive group atmosphere and the hard working team culture which has impressed the coaches throughout preseason.

It's also the English coach's first time at the famous Marist tournament and he's looking forward to the experience. 'Spillane is something the boys have spoken about as being an important part of our preparations and part of our identity as a club. I'm looking forward to experiencing that first hand and seeing how our group continues to come together. Its also a great opportunity to mix with some of our brother clubs from around the North Island and share some stories.'

This year's tournament will be decided in one day with a draw to be finalised in the next couple of days. Marist St Pats is sending two senior teams and one colts team. Our Premiers will play their Spillane Cup play off match against Napier Old Boys Marist at 9am; the Spillane Cup Final will be played at 5pm. 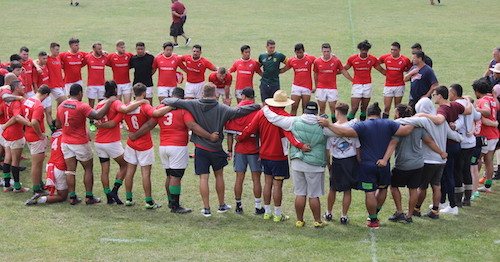