After a wild final round of Swindale Shield action, Marist St Pats have won the Swindale Shield finishing five points clear of second placed Petone. They will host Old Boys-University in next weekend's semi final.

The Premiers entered the game expecting to require a bonus point win to secure the Shield, they achieved that in the first half against Wellington. Petone rolling Norths on their home track meant we ended up five points clear at the top of the table.

The game against Wellington went largely to script with eight tries scored, including two each for Isaia Petelo and Sagele Aukusitino. Wellington scored two late tries to make the final score 52-19. 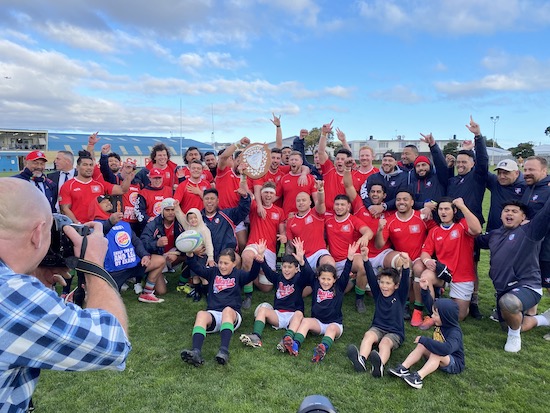 While a win was required against Wellington, the work that won the Swindale Shield was arguably done in the first six weeks of the season. Early wins over Norths, Upper Hutt, Wainuiomata, Old Boys-University and Oriental-Rongotai saw them hold a 5 win, 1 loss record at that mark - the loss by just one point to Petone. 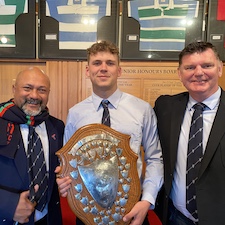 
The shortened season see's the team head straight to Jubilee Cup semi finals next weekend where they will host Old Boys-University at Evans Bay Park.

Earlier on Evans Bay, our Premier Reserves beat Petone's second Premier Reserve side by 108-0 to finish the Harper Lock Shield in second place with their only loss in the opening round to eventual winners Norths. They will host Hutt Old Boys-Marist in their Ed Chaney Cup semi final next Saturday.

Under 85 Reds win their first title in 10 years 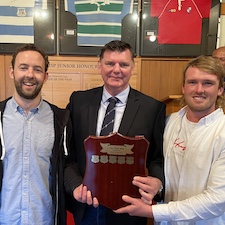 Earlier, the Under 85s played their final against Wellington for the Tony O'Brien Shield at a blustery Hataitai Park. Playing into the strong northerly in the first half they conceded an early try but erased it to be tied 5-5 at half time. They were unlucky not to score again before the break after lengthy stints deep in the opposition 22.

Turning with the win at their back, the side put the foot down. Scoring two tries to lead by 20-5 with 10 minutes to go. A late try to Wellington saw the final score 20-12 and the Tony O'Brien Shield heading to the clubrooms.

Congratulations to co-captains Jackson Martin and Calum Bron, coach Gregor Quinn and the rest of the side for earning the silverware.