The Swindale Shield will be decided in the final round

There is nothing better than a rugby competition being decided on the final round - and that is exactly what we have on our hands in the 13th and final round of the 2020 edition of the Swindale Shield.

Holding first place on the table by one competition point, our Premiers are in full control on whether they will lift the Shield for the first time since 2014. They play the Wellington Axemen at Evans Bay Park on Saturday.

This is everything you need to know about the Swindale Shield action this weekend.

Premiers have destiny in their own hands

Sitting in pole position, leading second placed Northern United by one competition point, our Premiers are in control of their own fate this weekend. This is how it could play out:

The run of form

Our Premiers lead the Swindale Shield table with a 10 win, 2 loss record; they have won their last four games in a row.

Our Hataitai neighbours Wellington currently sit in 10th place with a 2 win, 9 loss and 1 draw record; they have lost their last five games.

After a narrow win over Johnsonville - and having experienced a loss to Wellington last season - there are no sure things. Our Premiers will need to bring their 'A game' to secure Marist St Pat's 14th Swindale Shield in our 50th Anniversary year.

How to watch the game

Due to Covid-19 Level Two restrictions, spectators are again asked to stay away from the ground to limit attendance to under 100 people.

The match will be broadcast via livestream on our Facebook page with commentary from JP Tocker and Matt Buck. The feed will go live at approximately 2.55pm. You can watch online and if you have a Chromecast device you can use that to watch on a television.

We will also be posting live score updates on Twitter.

Due to Covid-19 Level Two restrictions, attendance at the clubrooms will be limited to 100 people on Saturday night and will be managed accordingly.

We know that many supporters will want to congregate together and it may be disappointing if you are unable to do that at the clubrooms on Saturday night. Regardless of the result, there will be opportunities to come together again once New Zealand moves to Level One.

Regardless of the result this weekend, our Premiers have locked in a place in the Jubilee Cup semi finals. The opponent and venue will be determined by this week's results.

Reminder: the condensed season sees the top four clubs move straight to semi finals to contest the Jubilee Cup and the next four contest the Hardham Cup.

We hope that Covid-19 restrictions will have eased to allow our supporters to attend our semi final in person, but we'll let you know next week! 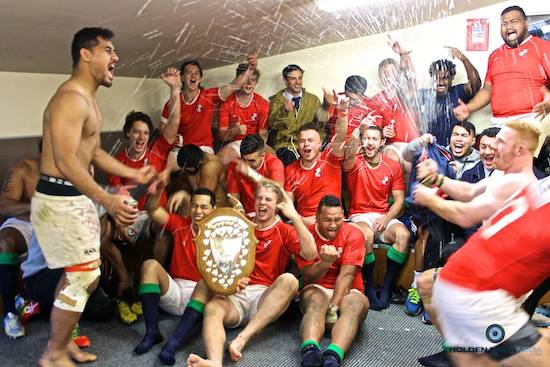