After a Covid-19 instigated hiatus, our Colts are back in 2021 and buoyed by the addition of a large contingent from Sacred Heart College in Auckland.

Lourdaiz has also been instrumental in extolling the shared values of Marist St Pats and recruiting Sacred Heart old boys to his new club in 2021. The boys enjoyed the preseason trip to Spillane Cup and are already immersing themselves in the club. 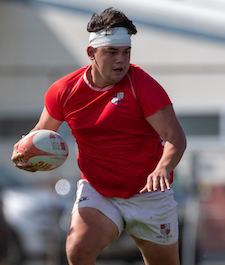 The 2021 Colts captain will be Charlie Hankins. Charlie was named a Prefect in 2020 and played for the Sacred Heart College 1st XV in 2019 and 2020. Charlie was selected for the Blues Under 17 Development Squad in 2019 and the Blues Under 18 Development Squad in 2020. He also has close family ties to Marist St Pats as the grandson of Life Member Brian McGuinness.

Charlie has embraced his move to the capital: 'I am looking forward to studying a Bachelor of Bulding Science at the Victoria University of Wellington. It's a completely new experience moving away from home and exciting to begin a whole new chapter in my life. I am proud to playing for Marist St Pats because of it's special culture and history but most especially because of my strong family ties to the club. Having attended a Marist school and playing all my junior rugby for Auckland Marist, it's good to be involved with an organisation who upholds our Marist values.'

For those who are unfamiliar with Sacred Heart College, the proud school has a strong rugby pedigree. In recent years the 1st XV has made eight consecutive Auckland 1A semi-finals and gone on to contest the final at Eden Park in 2016 & 2017. 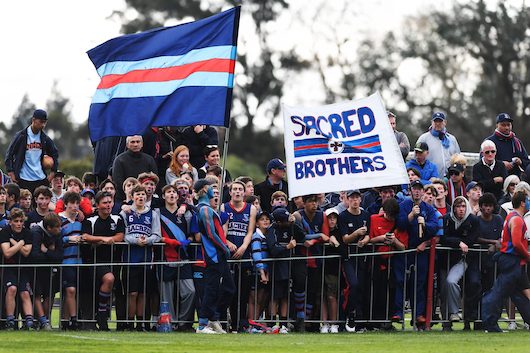 With strong involvement at the College, Lourdaiz gave us a run down on some of the players to watch out for at Marist St Pat's this season:

Curtis Finnigan is another player with strong Marist connections: 'After playing Colts for Old Boys University Rugby Club in 2020, I am looking forward to joining Marist St Pats in 2021. My dad Blake attended St Patrick's College Silverstream from 1980-1984 then played for Palmerston North Old Boys Marist, Napier Old Boy Marist and Hamilton Marist. I represented Hamilton Marist throughout all my years of junior rugby and can't wait to be part of the Red Machine.'

Our Colts get their season underway this Saturday as they play their first of two grading games, hosting Johnsonville at Kilbirnie Park at 1pm.