A win over Northern United in the final of the second leg of the series meant the side went unbeaten in the series and can claim the title of Wellington club rugby's best Women's Sevens side.

Success over the last two weekends is satisfying for a team that formed three years ago and has set lofty goals for themselves on the field. Winning the Wellington's biggest Sevens prize is certainly a 'tick' in the goals column.

From clubrugby.co.nz: 'The run of play in the women’s final saw Marist St Pats score twice to take a 12-0 lead, before Norths came back to score two themselves and trail 10-12 at halftime. Norths made another bust and scored first after the interval to lead 15-12, but superior teamwork saw MSP score twice more to win 24-15.'

Cheyne Copeland was noted as a key player for MSP and with regular coach Ryan Setefano overseas, the team was coached on the day by injured star player Monica Tagoa'i, with support from Lucky Tuia and Gina Setefano.

On hearing the news of his teams success, Ryan said 'the cup wins over the last two tournaments come down to the preparation and dedication the girls have shown in the build up to this year's season. They set a goal to win the Ambassadors Cup this year, put some hard yards in and the rest is in the history books now. They deserve it!' 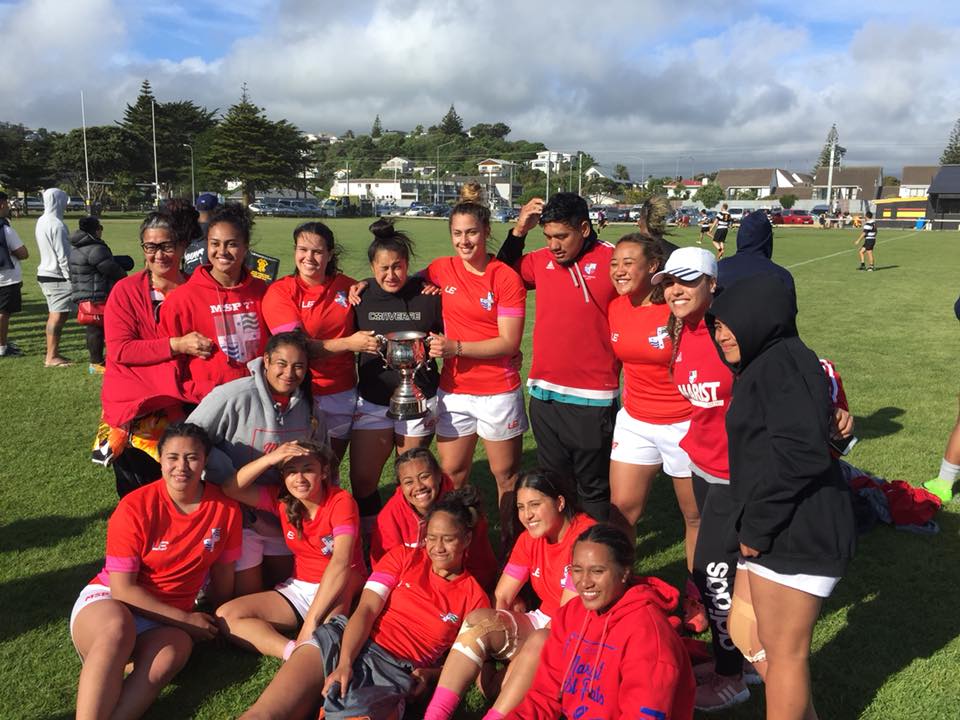 As for the Men's side, they turned in a dominant performance in the Plate final against Oriental-Rongotai. MSP raced in to score four tries in the first stanza and they led 24-0 at the break. Now with the wind and dust at their backs, MSP scored twice more to lead 36-0. Ories got on the board, but MSP scored again at the end and they won 43-7.