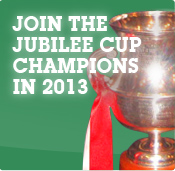 Marist St Pats is always a contender for Wellington's top club rugby trophy, the Jubilee Cup. In the club's 50-year history, MSP has won the Cup on average every three years.

Our Premiers won the Swindale Shield in 2020 after completing the first round with an 11 win, 2 loss record.

The premiers' strength depends a lot on the supporting senior grades. The Premier Reserves are always very competitive in the first-round Harper Lock Shield, and competed in the second-round Hardham Cup 17 times in 21 years before the competition was restructured.

The Premier Reserves only lost one game in 2020 and won the Ed Chaney Cup. This team has been winning silverware every year for the past four seasons. At the business end of the season, the club's depth in the senior grades is critical to the club's success.

For those recently out of school we have a thriving Under 21 'Colts' programme which is stepping stone to the Premier and Premier Reserve sides. The Colts will be coached by Brendan Reidy and Matt Christie in 2021.

On the social side, the Under 85kgs, Reserve Internationals and Presidents keep the MSP flag flying. If you're too good for the All Blacks, too old for the juniors and too busy to train, there will be a place in one of these sides for you.