Colts building into the 2022 season

After a Covid-related hiatus in 2020, our Colts side are building on a strong 2021 season. The core of last year's side has returned for another season with a number of the squad stepping into the Premier team already.

The 2022 team unites players from 13 high school's across the country (plus an Irishman) who have found their home at Marist St Pats.

Captain Sam Jones calls Mount Maunganui home and attended Tauranga Boys College; he's seen the players from across the country bring their strengths for the benefit of the side.

'I think firstly it brings a variety of skillsets. For example, our Auckland players really bring a sense of pace and flair to the game, allowing us to play a lot faster than we did last year and get us in positions where we can score big. The Hurricanes region boys however bring that toughness and size that any good footy team needs to go far. It also brings lots of different personalities and backgrounds into the locker room which makes things very fun and it's cool to see how heaps of different young men go about playing code.' 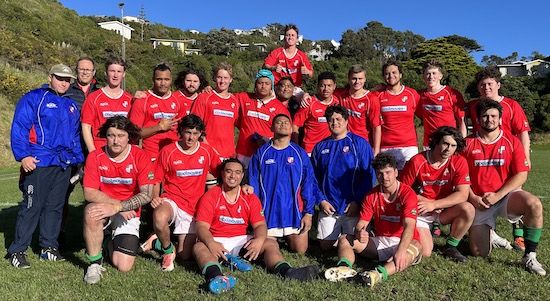 In his second year in the side and first as captain, Sam and his fellow sophmores have learned  the level of work the side needs to win in a competitive Wellington competition. 'A lot of the second year boys are demanding a bit more commitment from the younger lads which is great to see. Another thing we’ve learned is that its a long season so getting down on one game is only going to do more damage than good.'

That wisdom has been important for a side that opened with a big win over a strong Tawa side in the opening round, only to come back down to earth with a tough loss to Petone the following week.

With the side rebounding from that Petone loss to earn two big wins over Avalon and Johnsonville, the side will be looking forward to testing themselves against Old Boys-University, a benchmark of the grade in recent years.

Despite the high standards the Colts side are holding themselves to this season, they have a great team culture and enjoy each others company at the clubrooms.

Sam, who's studying a Bachelor of Commerce, says he's loving playing for Marist St Pats. 'Moving down here I wasn't even sure I'd play rugby but the club's been real welcoming and looked after not only myself, but all of the new uni boys. Culture here is great and you can’t beat a clubrooms after a Saturday of W’s.' 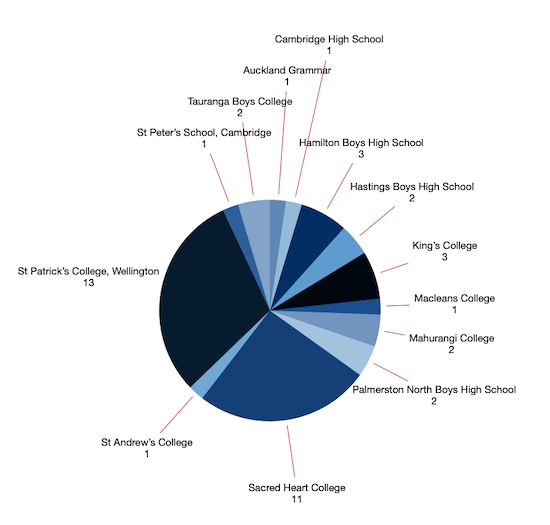