Daylight saving ends this weekend, a symbolic end to summer and thus a fitting time for the club rugby season to start. That's right, Marist St Pats take the field this Saturday.

An air of uncertainty hangs over the Swindale Shield which kicks off amidst the Omicron outbreak in Wellington. Most other grades have had their season delayed and most clubs have had Covid cases through their teams. Marist St Pats has not been immune and will continue to ensure player welfare is paramount as players recover from the virus.

The Omicron outbreak has also wreaked havoc amongst clubs preseason plans with a number of preseason games cancelled. Spillane Cup was cancelled, as was our planned fixture with Avalon. Despite this, the coaching team are confident that our Premier Men's side will be prepared heading into the season opener against Tawa at Evans Bay Park. Two good hit outs against Wainuiomata and Northern United over the past fortnight have seen players build connections after the offseason and integrate some exciting talent.

Marist St Pats has assembled a well-oiled coaching team over the past two years with Lua Lokotui (Forwards), Fa'atonu Fili (Backs/Attack) and Mike Tolova'a (Scrum/Contact) assuming greater responsibility and influence in the coaching box. It is exciting to see our coaching talent developing within the club.

Looking at the engine room, Lua acknowledges lessons have been learned in terms of depth in some positions of the forward pack which has been a focus for this year. 'We are expecting to develop these guys through leadership and support to grow in the game of rugby, and just as importantly inspire our community through their actions on and off the field. There are few of the younger boys to watch in Meinrad Fitisemanu, Milan Kriletich and Curtis Finnigan who will be looking to make their mark this year.'

Despite the focus on development, there is still plenty of firepower in this forward pack. 'We have a lot of standout players who I think will do well this year and will be looking to either cement an ITM Cup or Super Rugby contract. Obviously we have Keelan Whitman, Vince Sakaria, Josh To'omaga and Tom Martin who I think can definitely achieve that; also James Tuiatua who is always knocking on the door but hasn't really been given an opportunity and I hope that narrative will change.'

'We are trying to create a team culture and environment that allows these boys and everyone else to feel valued and have a sense of belonging to this great club of ours, and I think if we get that right then we will all succeed as a club.' 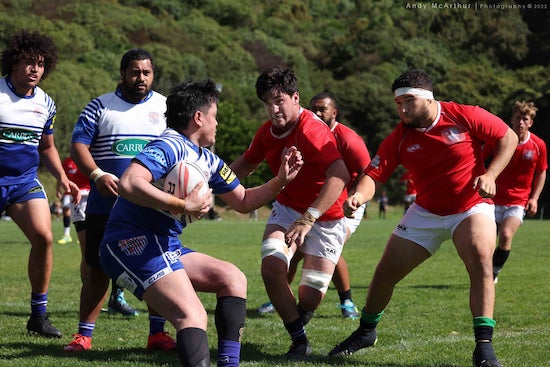 Out wide the backline is fortunate to have retained most of last year's squad but with some key backs having moved out of Wellington or not immediately available we will start the season a little thinner on deck. Fa'atonu Fili notes that with change and vacancies come opportunities for others to step forward, 'I can assure you that there is some exciting talent coming through in 2022.'

Among those that Fa'atonu expects to take up those opportunities are young guns Logan Love and new recruit Chicago Doyle, who has joined Marist St Pats in his first season out of Kings College. 'Both are exciting players with so much talent, but it's also their work ethic at trainings which are traits you can't teach. I can't wait to see them get stuck in.'

'Ben Tuiatua had a great season last year and is a quiet individual but gives 100 percent in every facet of the game. He is a key for us at centre.' 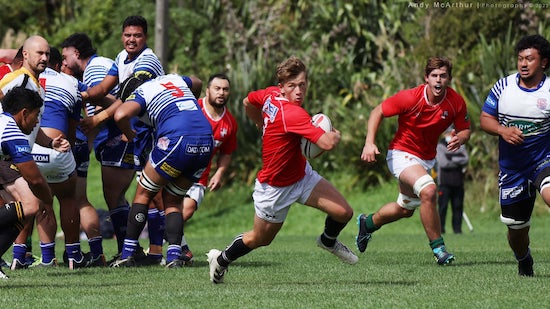 Another notable addition to the backline is dynamic winger Tuga Mativa who has moved from Oriental-Rongotai with over 100 Premier games under his belt. These backline additions will help balance the loss of Rez Tasele, Paul Tuiatua and Ofa Siale who have moved away from Wellington - we wish them all the best.

Fa'atonu acknowledges that the boys are still hurting in some way from last years final, 'so for us its just making sure we stay united through adversity. But the boys can't wait.'

Our Premier Men will again be co-captained by Tom Martin and James Tuiatua. Get your first look at the team in action this weekend when they host Tawa at Evans Bay Park at 2.45pm. This game will also be livestreamed on our Facebook page.