2022 is a momentous year for rugby in New Zealand with the first women's Super Rugby competition having recently concluded and the Rugby World Cup to be hosted in Aotearoa in October and November this year. 2022 is also shaping up to be a promising season for the Marist St Pats Premier Women side.

While our side will be confident that they can contend after a strong preseason outing against the same side at Porirua Park last weekend, now veteran coach Ryan Setefano says he team is really just looking forward to getting out on the field together after a Covid disrupted preseason. 'It’s going to be pretty cool seeing the ladies finally out there doing what they love. We’ll take it week by week.' 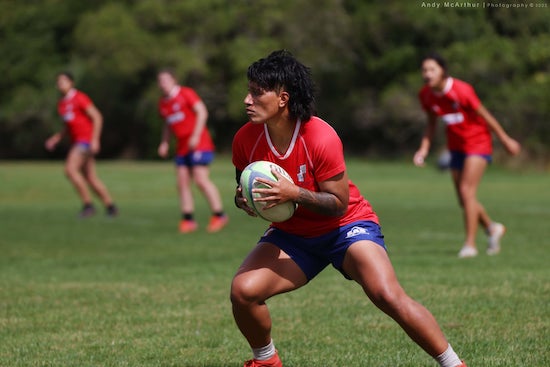 Ryan will have a new coaching team around him with Charlene Gubb (forwards/defence) and Tui Tuiatua (scrums) onboard for the new season. They will be joined by Petrina Foaese (Manager), Luke Donaldson (Team Doctor) and Kathryn McConville (Team Masseuse - KM Sports and Remedial Massage).

The team also has an extensive list of exciting new players joining the season (listed below), a testament to the reputation of our Women's rugby programme over the past few years.

Always promoting a team first culture, Ryan is reluctant to single out individual players to watch saying 'we’re actually pretty blessed across the board but keep an eye out for some new talent this year going to don the red jersey first the first time.'

Jaydah Timu returns to the captaincy role after a year off with work commitments. 'She leads with action and is respected amongst her sisters. Also our Vice captain will be Cheyne Copeland backed up by our spirit and spine leadership group.'

Our Premier Women kick off their season at Evans Bay Park at 11.30am on Saturday, hosting Northern United.