Members' contributions on the history of Marist St Pats.

The elements of the club's crest tell us a lot about MSP's history, explains John Gordon (2012).

Ron Evans, the club's first chairman, reflects on the MSP's two founding clubs and their 1971 merger.

This 2004 piece by life member Dan Kelly illustrates the changes in Wellington club rugby, including the decline in the number of teams from 230 in 1970 to 125 in 2004.

The elements of the MSP crest tell a story about the club's history, explains life member John Gordon. 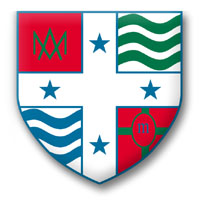 the merger of Marist Old Boys RFC and St Patricks College Old Boys RFC in 1971, the adoption of Marist St Pats' scarlet jersey in 1974 required a new crest to go with it. This was to help the process of building a new, common, identity in Wellington rugby.

The crest, which was designed to reflect the identities of the two merged clubs, was:

The significance of each quadrant is:

The 1975 annual report stated that the monogram for both the playing jersey club and the club blazer had been decided, as had the blazer's colour and style. A year later, the annual report noted that the blazer and tie had been finalised, with the ties ‘in great demand’ and ‘most readily accepted and admired by club members’. Blazers were introduced well into the season and were readily accepted also, with a number seen around the clubrooms.

Some discrepancies arose over time. For example, the crest on the first red tie had a white wooden cross on a red background rather than the logo of the Marist Brothers. It also had a white star above the Society of Mary logo. As time went on other variations arose. The late Diane Simeon was instrumental in ensuring the crest, now a feature of the famous scarlet jersey, is consistent with the club’s traditions.

The history of MSP's scarlet jersey 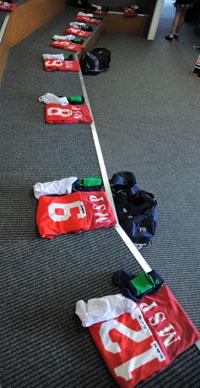 The adoption of the now famous Marist St Pats scarlet jersey in 1974 was a momentous happening. The club had been formed out of the merger of Marist Old Boys and St Pats Old Boys three years earlier.

Several contentious issues had been bandied about in the 1970-1971 period. The basic question of amalgamation itself was settled quite quickly but it became a matter of ironing out different aspects that the two amalgamating clubs could accept. These were:

Once the club’s name, Marist St Pats, was agreed it was much harder to avoid a mix of colours in the jersey. Neither was more significant nor more attractive than the other. Various combinations were suggested: more white and no white; cubes such as the Harlequin quarters; and half blue, half green.

Any compromise was unattractive. In the end the striped version on display in the Hataitai clubrooms was accepted. It was largely a balance of blue stripes and green stripes, separated by narrow strips of white.

However, the striped version was never particularly exciting. The green and blue stripes were insufficiently distinctive and as the white took on touches of either white or green, a rather sad grey came to dominate. The jersey soon lost favour.

At this point, co-incidence jumped out in the form of the 1971 British and Irish Lions. Following lengthy discussions and consideration of other options, Marist St Pats resolved to make the playing jersey a neutral scarlet. Club teams would play like the famous 1971 British and Irish Lions. With the Lions colours of Welsh scarlet for the jersey, Ireland’s green and Scotland’s blue for the socks, and England’s white for the shorts, Marist St Pats' new colours were adopted.

Of course, that wasn’t the end of it. Some purists, diehards and conservatives in the club took many years to convince. Some never accepted the neutral scarlet playing colours. The winning ploy was developing consistent success at the top levels and throughout all grades of Wellington club rugby.

The scarlet jersey of the Red Machine has become famous. No one would dream of changing Marist St Pats' playing colours now. ‘The Red Machine is here to stay!’

A Leap of Faith

With the club celebrating its 40th jubilee in 2011, Ron Evans, Marist St Pat’s first chairman in 1971-72, reflects on the origins of MSP’s two founding clubs and their merger. 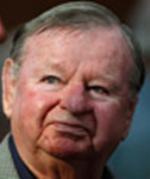 Old boys of these schools subsequently formed rugby clubs. Marist inaugurated with the WRFU in 1921 and St Pat’s in 1926.

The common denominator from hereon was Marists, as the international families of Marists were known. And so commenced their magnificent contribution to our national game, rugby.

Marists always recognised the intrinsic value of rugby in the development of youth. They held the view that, ‘Rugby does not build character – it reveals it’.

Sixty years ago, the then NZRFU chairman Tom Morrison wrote: “Marists have made a magnificent contribution to our national game. These selfless, dedicated men have taught and demonstrated the skills of rugby to their pupils to such a degree that the results can be seen in the excellence of the administration and playing ability of so many.”

Throughout nearly 50 years of rivalry, and by nature of their avowed Catholic traditions and perceived Irish heredity, both clubs were referred to as 'Micky Doolans'.

‘Old Boys’ was indeed a meaningful term for this era, albeit with the suspicion of selectiveness that such networking was due to the limitations of the catchment area. Old Boys clubs per se, however, have proved to be an enigma. No fewer than eight such clubs affiliated to WRFU have folded over these past 40 years.

That’s been a continuing story. Over 25 clubs have folded since 1950. When both Marist and St Pats Old Boys were in their prime there were 12 clubs in the Jubilee Cup. Only four remain.

Why did we amalgamate?

The emphatic answer is because we foresaw the value of a merger, not because we needed to. Essentially, the time was right. Negotiations progressed with dignity and mutual respect at all times. Both clubs were blessed with astute, committed administrators, all dedicated to pursuing the culture and charisma we shared.

Instilled in us all was a common seed that had been nurtured for nearly 50 years by the devoted, resolute men whose idealism was imbued by their faith.

It soon became apparent that our traditional Catholic mandate required a more pragmatic approach i.e. ‘Catholic’ in its wider context of embracing ecumenical, unbigoted and universal values. This, quite bluntly, extended the catchment area.

Regrettably, there were casualties. A number from both clubs were unhappy or disenchanted with a merger. Loyal, decent and righteous to a fault, often ungraciously cited as bigots, they only ever wanted the status quo. It was not to be, but the door of reconciliation remained open.

Tim Donoghue wrote Battling On in 1996 to commemorate MSP’s then 25-year journey. And a splendid book it is. It relates far more than I could the club’s outstanding successes and its contribution to Wellington rugby over two-and-a-half decades.

Suffice to acknowledge then this past 15 years which has seen the lustre of professionalism, greater women’s involvement, and continuing superb achievements on and off the field.

I simply marvel at the untold hours of voluntary service, the tireless dedication to school teams, the strategy, organisation, coaching and administration, not to mention the superb social calendar.

Yes, MSP is the foremost rugby club in NZ. Truly a credit to each and every one of you. For an old timer, it’s simply awesome.

Where to now for club rugby? - Revisited 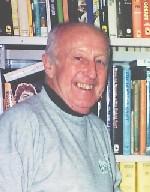 In 1996, I wrote an article with the above title for MSP's Red Machine newsletter. Now, in 2004, it might be instructive to see what has happened in the meantime.

Then, there was the same number of clubs as now and I cannot recall any rumours of amalgamation among those left. It is, however, no secret that some clubs have struck financial difficulties; whether they have all been finally solved is another matter.

The big issue, undoubtedly, is player numbers and, more precisely, those in serious grades involving teams which train regularly. In the Wellington Rugby Union's competitions, to quote from 1996:

This year there were 125 at the start of the Jubilee Cup round, and seven are women's teams. So the true comparative figure is 118, a drop of one third in eight years.

Of the total, reserve and presidents' grades, by their nature non-training grades, account for a quarter. The more competitive grades, to compound the problem, suffer in two ways.

With fewer clubs competing, grades are smaller, with a sameness and repetition of competition and with a depressing number of byes and defaults, some without notice. Even in the higher grades this problem appears.

Two clubs this season withdrew what were, effectively, their third sides. In the second round, no less than seven grades will have a bye every week. When defaults are added, the remaining teams keep missing games. So far this season, as a club, we have averaged 30 to 40 players missing a game each week.

There is an added issue, namely, the nature of the season. I am aware of one player who had a problem getting to early season training because he was still playing competition cricket (and why shouldn't he?). His rugby season will end in July! Even without cases such as this, the club season is too short and probably starts too early, and as we know, rep players' club involvement ends even earlier.

Only clubs can be blamed for defaults and withdrawals, but there are issues that only the union can, and must, look at. There are 17 colts teams, divided into two sections. Each has had a bye as teams moved from one section to the other, despite a period of grading games early on. Why bother? What is wrong with a full 16 game round - even if there are occasional mismatches - and then shorter, more intense, divided competition?

In the second round of competition, there will be seven byes each Saturday - 140 players missing a game each week. Some innovative thinking is clearly needed in order to improve the format as well as the quality of club competition.

The ultimate issue, however, is still one of numbers, and the solution is not so simply stated. A starting point might be for the union to make a greater commitment to club rugby, not just saying that it has one.

Clearly, the first step must be to discover why there is such a leakage through and after secondary school. At present, no one knows how many, when or why. People take up tennis or swimming again later in life. By and large, those who give up rugby don't pick it up again a few years later. If we don't get them now, we're not likely to get them later.

Footnote: Wellington's 18 clubs range in size from 14 teams (Old Boys University) and 13 (MSP) to one (Eastbourne). There are three clubs with four teams; three with five; three with six; three with seven; one with eight and one with 10. There are 58 teams from Wellington clubs, 42 from the Hutt Valley, and 18 from the Porirua Basin.